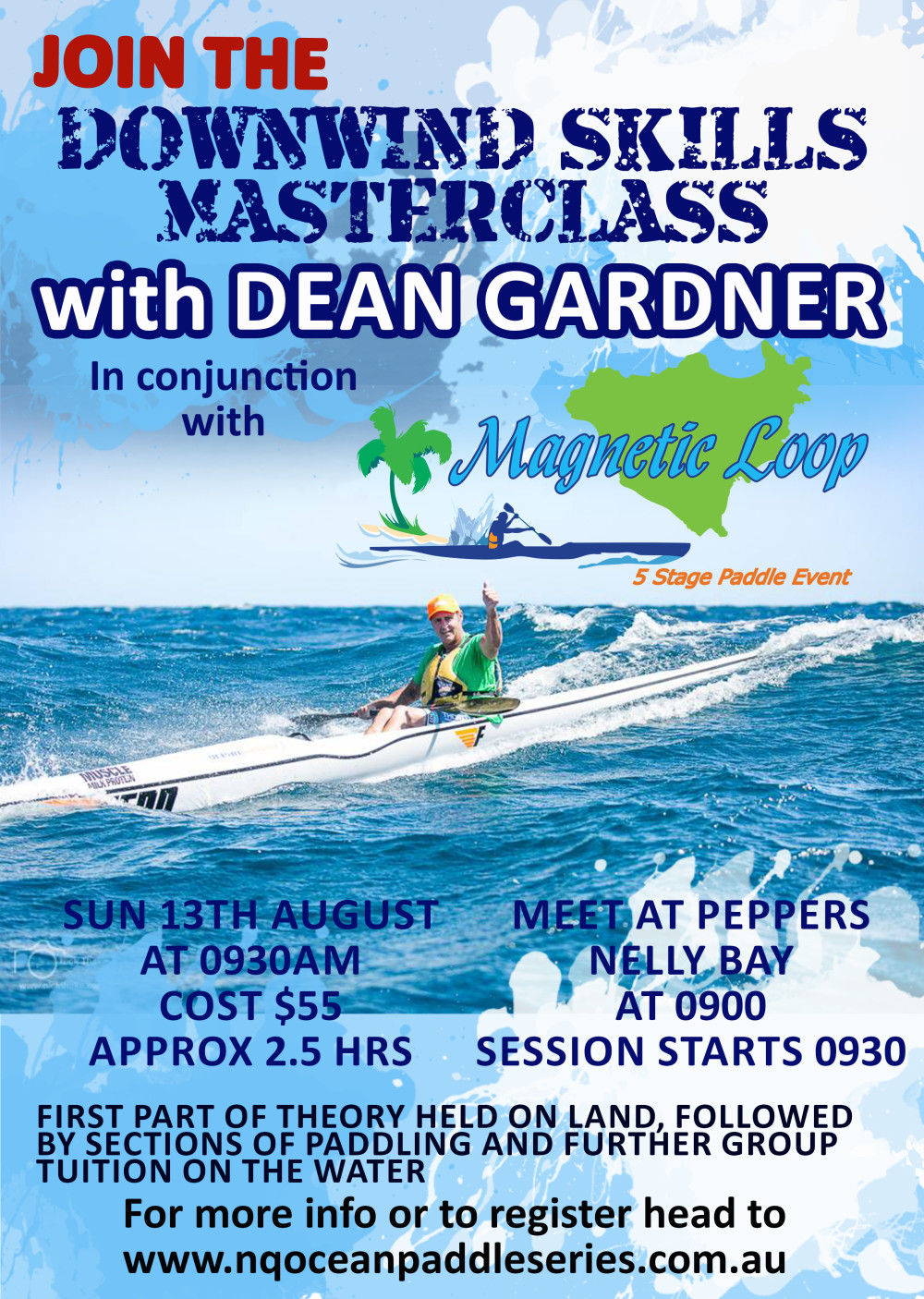 Tickets are not available as this event has passed.

Dean Gardner will be giving a masterclass in downwind skills

First part of theory held on land, followed by sections of paddling and further group tuition. On water advice also given.

This is NOT a paddling technique session, downwind is about reading the ocean and using the energy and power that it has on offer to get more speed from your ski/ outrigger. You will learn and develop different levels of  those skills at this session.

Dean is the founder and owner of Oceanpaddler and is regarded as one of the top Ocean Paddlers. From his first Molokai in 1999 Dean has taken part in every race since and has held the record for the race since 1994 lowering it again to its current time in 1997. Dean along with Lewis Laughlin and Grant Kenny are the only men to have won both surf ski and outrigger Molokai’s with Dean the only one to have won both in the same year.