Thanks to Marty Westcott for smashing out the lions share of hard work organising this weekends Cowley to Etty Event…this was Martys homestretch of paddling and we are so glad he invited us to be a part of it.

Paddlers set their kayaks, outriggers and SUPs on their cars and made their way to Cowley Beach for the 2017 Cowley to Etty Bay Race (& Etty Bay for the Short Course competitors). Paddlers lined up for their 22km race. Conditions were looking good, and the Women’s field was sent off first. Melanie Goehr took off in a hurry, taking out the Female top Sprint Points with Liz & Julie taking out 2 and 3 sprint points. Quona Young was looking good and paddling well. (loving watching her challenging herself each time)until she had a lengthy spill just off the start line and time in and out of the boat took a lot of energy out of her.

Liz Kerr was awesome – paddling effortlessly (well it looks effortless!). Mel Goehr even mentioned “It looks like she’s not working hard, but look how FAST she is going!” we saw her stop and dump her camelback early in the race too.

The next wave saw the Men’s field head out on their race. Gordon Wing arrived “just in time” with not a second to spare, jumped out of his car and into his ski for his paddle. (Later as he crossed the finish line he mentioned, “man THAT was worth the drive!”). Winner of the men’s Sprint was Tyson Reeve with Rosco and Peter taking 2nd and 3rd sprint points…might i juts add that Alan Mcsherry was actually in 3rd but like a true gentleman actually completely stopped paddling to let some paddlers in his path…bloody legend mate! (go old dudes)

After the sprint marker, and until the turn island, there was a lot of cross wind making things tippy, meaning there were a lot of bracing strokes being taken by a few. But after the turn the downwind was awesome. The fast waves meant you had to use a lot of effort to get to them (energy consuming), which shocked some people as they struggled to catch them. They required fast acceleration to stay on top of the waves and not miss each one.

It was particularly great to see each small group of paddlers along the way challenging and pushing each other as they went. One paddler would be in front, then the other would surge forward and then it would swap again. One of these groups was Ian Wright, Ross Goodwin and Connor O’Sullivan – with Ross & Connor swapping back and forth several times, and Ian sitting back waiting for the right time… Ian overtook them and finished ahead of them both. 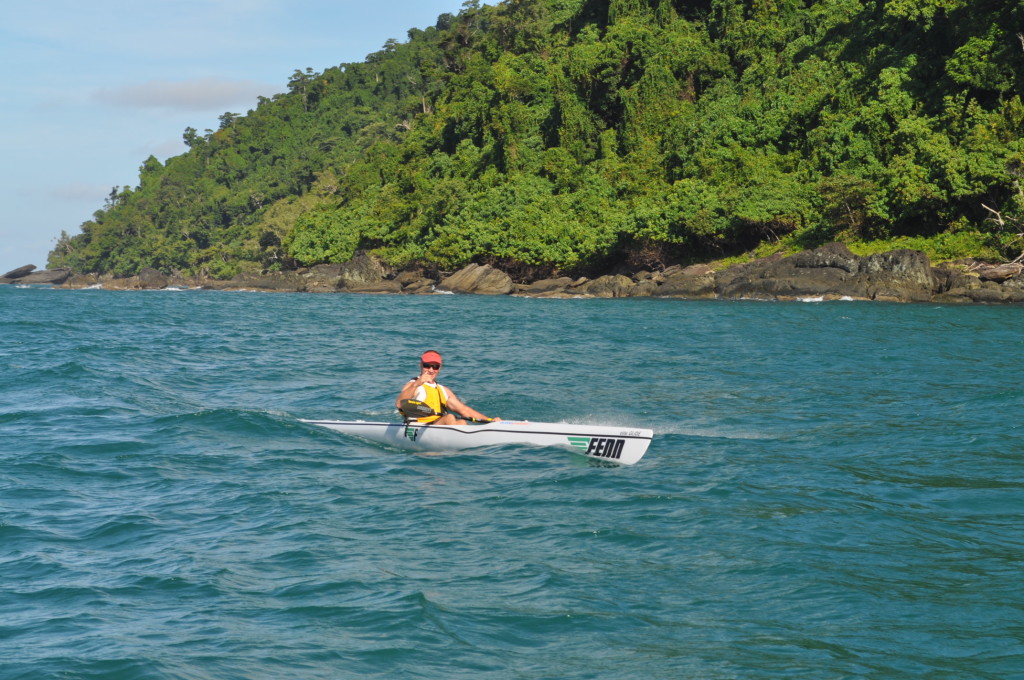 In the Women’s field Liz Kerr finished first, followed by Melanie Goehr and Julie Lightfoot. It’s always great to see so many women out being brilliant in these paddles! We saw Liz paddle down a descent lead that Mel had on her ter dropping the camelback and still take the win in the end. 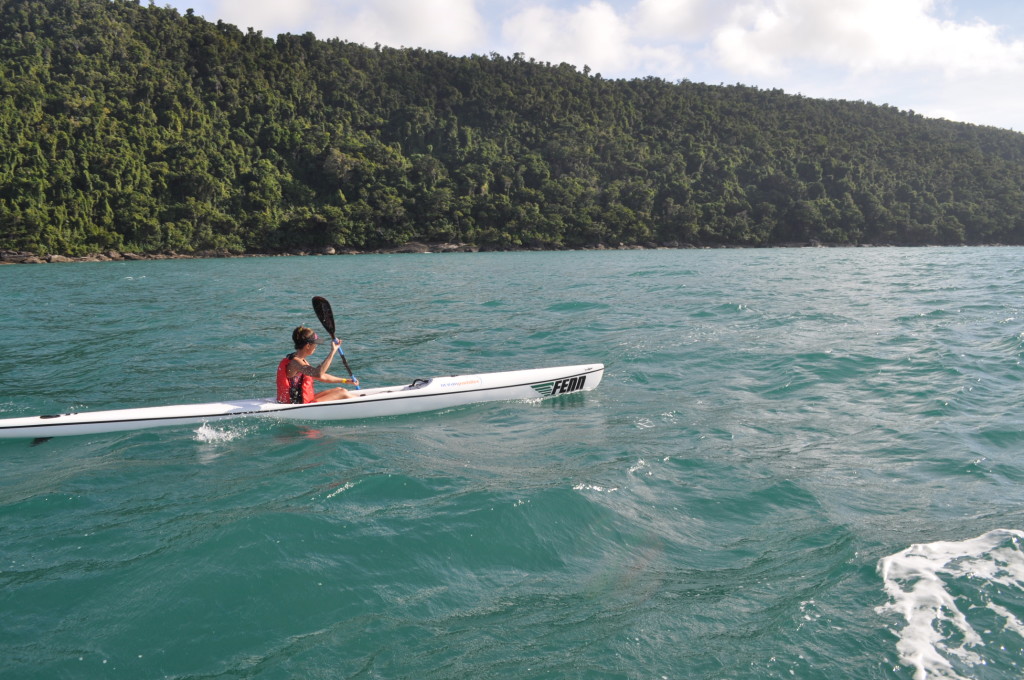 There were a lot of contented faces and very wobbly legs coming up the beach as Long Course paddlers finished their races.And we would like to congratulate a couple of first time ocean paddlers fir jumping straight into the long course and getting through it with no major dramas.

In the Short Course there was an excited mix of doubles, SUPs & skis. The short Course involved laps around the buoys to make up the distance. Even in the somewhat sheltered Etty Bay, paddlers found some waves to ride. Well done to all paddlers who tackled their event today.

Skis, Outriggers and doubles did 3 laps and Sups did 2 laps of the course.Julia Peters was first across the line, followed by Lyn Mazza and Team Keto (who were enjoying their very first competition together).

It was Great to see Marty nurturing the next generation of paddlers taking the short course so a 16 year old could jump into a double with him as team Etty Bay.

Next race is 15th July in Mackay – Coal Chisel. For more information or to register click HERE