“Well that escalated Quickly” seems to be the theme of battle the barge in 2018! 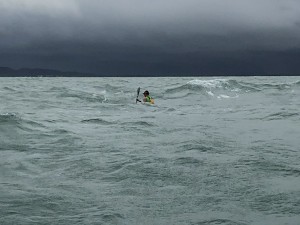 Mens Winner Peter McEwan Doing what he does best

A record field of paddlers has committed to the event with over 70 paddlers signed up before the start.

The morning of the race was interesting to say the least- weather had rolled in and when we were getting buoys ready to go the rain came in pretty hard, forecast checking was a regular occurrence in the morning and all accounts suggested it should clear up for the race period…Our water safety tail end Charlie Paul started the trip to Picnic bay with the turn can… before leaving the creek the weather went up a few levels and visibility was dropped to around 200metres. After 2km Paul called to say it was really messy we had both thought this is likely to be a cancelled mission to Picnic and that we would have to modify the course to a shorter distance just so people could know where to go…on the off chance the weather did as predicted and cleared we decided to drop the buoy at Picnic but also lay out the buoys ready for a shortened course. Once at Picnic bay the weather had started to clear and Paul told us he could see north and it was clear from systems and visibility was great, back at HQ it was miserable and pumping with rain but we were ready for both scenarios for when briefing time came.

People started to roll in and anticipation and anxiety were setting in with  paddlers, there are definitely a couple of types of paddlers some who love it rough and some who avoid it when its rough and of course we all have a level between those two points which is our own happy place.

The briefings began and we tried our best to get the word out about what the plan was for the day, there was definitely a theme of hurry up so we can get on the water, I did worry that maybe an out of town competitor might not be as familiar with our landmarks in the briefings  finding Picnic Bay Jetty and the finish area in particular is pretty tough if you don’t pay attention to your surroundings.

We got paddlers on the water at 1220 paddling to the start line as the long course was approx 2km from where we congregate and brief the long course started on the ocean side of the rock wall, the short course scheduled to start 20 mins after the long course. once the paddlers first got the nose of their boats around the exposed ocean side we could see that there would be a few people struggle to stay in their boats and sure enough there were a couple of falls and rescues before we even started the race, some made the call straight away “I am not doing that” and went to the short course which was more protected from the conditions but still not a walk in the park.

Once the barge started its journey the paddlers took off hard with Matt Stone getting off to a great start and going a gangbusters with one of his best performances in the NQ series after fading a bit at the halfway mark.

Reports of rogue breaking waves breaking over the top of jetskis and paddlers made for a tough day to be on a paddle craft with the waves beam on as paddlers headed to Picnic bay turn around marker, this made for slow going and we even saw paddlers taking a swim who wouldn’t normally swim.(not naming anyone in particular as there were actually lots)

On the subject of things that swim reports of a Dugong on course and also a 5 foot pelagic fish jumping from the water (Mackeral shaped fish) certainly a lot of wildlife to see for such a rough day.

Accounts that these conditions were some of the biggest swells from previous races make the long course something you should be proud to have even attempted and if you didn’t attempt it you should not be ashamed (like we said people who wouldn’t normally fall had some falls) we even saw 5 falls right near the rocks and a foot away from the boats hitting the rocks. 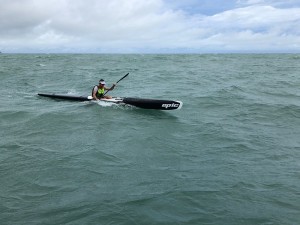 ere were tough conditions it was still possible to get a ride back to the finish area where you could get on a wave and cut left every time to tack towards the finish area…Pete McEwan made this look easy and had a great line selection and showed restraint to just ride the swell back taking the time to tack left and ensure he made the Finish line. Adam Beale from cairns was firmly in 2nd place on the return leg and took the path of least resistance back to the rock wall but due to the fact we had to assist other people on the water safety he went passed the finishing area (where we would otherwise have someone to ensure his line was correct) we applied a 4min penalty to his time and this kept him only seconds ahead of Kris Maguire who had selected a great line and was gaining on Adam in the final 3km of the race. 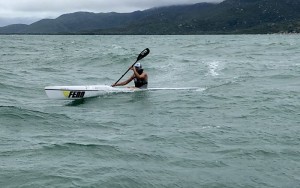 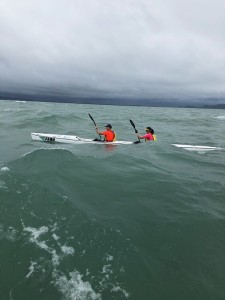 Hubby and Wife combo in the double David and Rachael Symington stayed in Sync together which is tough in those conditions and managed to finish only a couple of mins behind Pete’s time. Liz Kerr took the win though she was convinced to get out by Alan her father to have a crack even though she hadn’t trained much in the off season…these sessions make you tougher.

Plenty of battles amongst friends for bragging rights.

The TOCC 6man crews battled hard with different lines selected and the results show only a few mins separate them.

Darren Wall, Glenn Nooroa and John Horan were the top 3 Outriggers in the long course with Angela Cooper as the first female OC1.

In the End the Barge beat us by a lot BUT I think its because the rough day meant their passengers needed a faster ride to stop feeling sick…check the results for the full breakdown.

Well you would think a simple paddle in the protected “duck pond” behind large rock walls would be uneventful and a flat water paddle, well it wasn’t at all. The wind came in hard over the walls and stirred up an almost perfect downwind / upwind scenario for the short coursers whilst eliminating the large swells you would expect on the outside…

A couple of long course drop outs joined the short course and had some amazing hard and fast racing ‘crit style’ .

Ian Anderson went out like a bull at a gate leading short course from start to finish with Clinton luxford trying to keep within reach for the entire race. Some paddlers went off a little more sedate to gauge themselves and brought the last half of the race harder using the 4 laps to get an idea of the speed…one such paddler was Hans Preuss who managed to claw back a few spots from lap 2 ad brought himself into 3rd overall.

Sue Creece took the win in the womens short course though she actually started behind the eventual 2nd placed Maureen O’Connor.

Stand up paddling was a hoot to watch with Marvin giving us all a masterclass on how its done… the wind really did kick up and on a Sup you are a lot more exposed to it. Marvin took long powerful strokes into the wind turning his body in an efficient manner, he actually was keeping up with some f the skis which sit much lower.

Malo and Matt were neck and neck for 2nd and a sprint at the end saw only a couple of seconds between them with Malo Just edging out Matt.

Fiona Chandler took the win in the Womens Sup short course with 2 of the female Suppers pulling the pin before complete their 2 laps. (it is hard to balance on a SUP when its wavy/ windy and takes time to build up the balance and confidence to be able to take on a few km of racing) Well done Fiona for sticking it out and we hope the rest of the female Sup crew keep at it in training so they can truly show what they can do. One thing I really loved to see was a SUP paddler who embraced the conditions and got on his chest paddling like a surf board for the upwind legs to go more aerodynamic (smart move mate!)

With a couple of DNS juniors who didn’t make it to the start line Robbie Finmore was the leader for the kids race.

We look forward to seeing you at the next event March 17th for the Pallarenda to Saunders Downwinder and the short course at Saunders beach. The Short course will be an out and back into the wind so you will be able to practice your surfing.

In the meantime start to train in various conditions so you are ready for anything, remember to always use your safety gear, pfd and leashes etc and always plan for a worst case scenario in training ensuring you paddle with a friend and advise someone of your plans and if possible have a phone with waterproof case for if plans change.

We have a great series planned for you with Heaps of favourite paddles leaning towards downwinders for the most of the long courses. We will also be finding some of the best paddlers we can to come to the events to give you fresh competition through the year. In the end its really all about finding great spots to paddle and having awesome experiences in both training and Competition days to try and get the best from yourself. 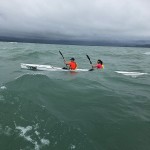 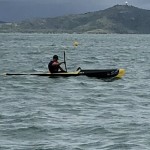 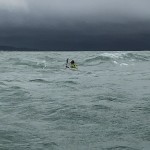 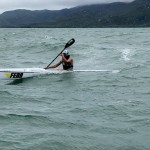 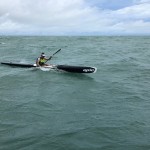 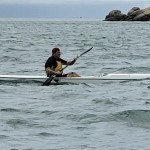 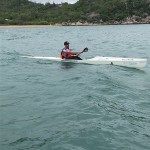 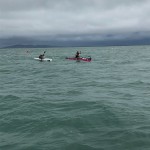 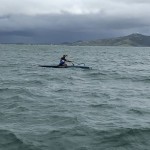 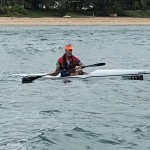 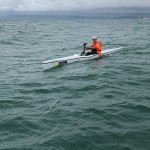 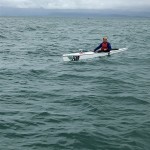 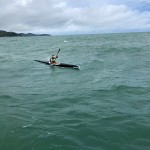 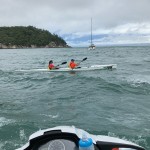 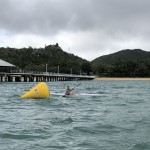 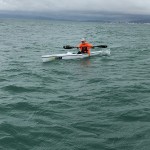