The week was forecast at above 20knotts all with ESE or SE and it looked as though the residual swell was going make the conditions pretty epic…till we woke up race morning and saw a bit of rain had somehow sucked the wind out of the system and the conditions were glassy flat for the start of the early barge trip to the island… how can we downwind in that??? Well the forecast said it was going to pick up so we had the faith something would kick up as the day progressed.

The first group to get to the island set up their goodies and paddlers started to pour in with a decent coral sea outriggers contingent paddling in together. The first sign of wind arriving was just as they arrived into the marina with Glen Nooroa noticing a strange sensation ” i think i felt wind” .back at the rego area we could just see the palms moving and the paper work continued to flap about as the 2nd barge load of paddlers started heading towards us. Boom the wind was in !!! oh thank goodness!

After the sprint the field re grouped at the mouth of the Harbour and took off toward the marker at 1.5km in front. The pace was pretty relaxed out to the can with not much of a spread in the field it looked like there was going to be a big bunch the whole way there, but once they turned the can paddlers split up and their ability to use the oceans bumps to surge ahead was put to the test. Paddlers were faced with a choice, do we go the most direct way or do we go slightly wider and chase the moving water? Its gamble and sometimes you can have a win with either strategy.

SUP/ PRONE We sent the Supps off  just ahead and Vanilla Gorilla Mick Derooy went on a prone board … it actually took a while for some of us paddlers to catch him… some never did! 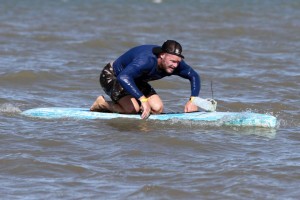 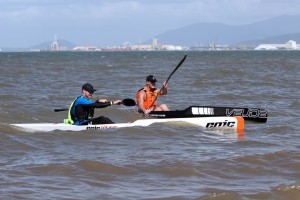 The Men’s Ski race was super competitive and Tyson and Alex took completely different lines only to end up nearly hitting the beach at the same time, Tyson surged ahead with a blistering transition to run taking out Alex by 2 seconds up to the finish flags. 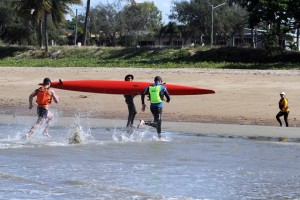 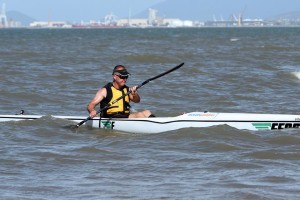 Pete McEwan lead out the masters Skis only coming in a minute behind the overall leaders and Ian Wright not far behind him…its at this point I might point out that Pete And Ian and a few of the other Bourke st Boys crew actually paddled approx 48 km the day before as training for Molokai race coming up in a month. 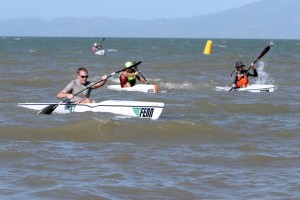 Honourable mention to Gordon Wing for fighting hard to finish 3rd in the masters Ski. 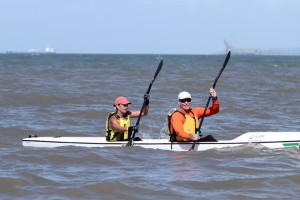 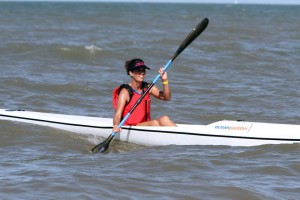 The women’s ski race was once again won by Liz Kerr in 1hr 05, who won battle the barge a few weeks ago. Quona was 2nd female overall Ski and 3rd overall on the ski was Julia Peters. 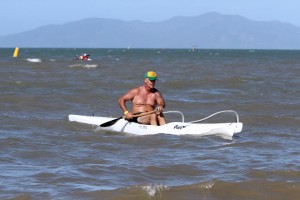 The Women’s Outriggers were also a force with Hannah stokes coming in first outrigger, Angie cooper in 2nd and Tania Simpson in 3rd place in the women’s outriggers overall.

Winner of the SUP race was Ross Bannerman with his downwind skills getting him 18 mins ahead of Max Gillham. 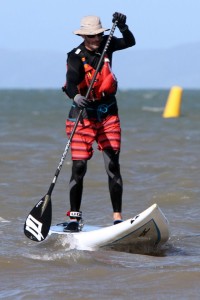 It was hard to get into the top 10 paddlers today with a very strong field of over 40 long coursers the standard was just awesome…do yourself a favour look through the times, the overall standard in the north of QLD is so high, you guys are all getting quicker every year, more competent.

In addition to the battle for podiums there were the battles for bagging rights with paddlers of all types sizing up the person next to or in front of them and battling it out to the finish.

What a buzz !! it’s great that the Kids and Short coursers got some bumpy conditions to play and work on their skills to one day jump into the long course. 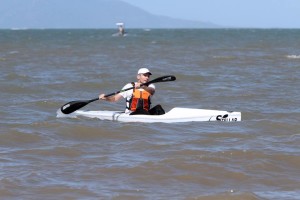 Rodney and Geoff rounded out the men’s podium and Lynn Mazza and Madeline ward rounded out the womens podium.
Great to see Greg Tudehope out there on the SUP , I’m sure he was wishing he was on the long course having done the big race last year. 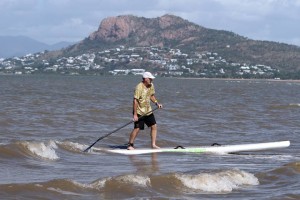 WOW kids we are super proud of you all for having a go! 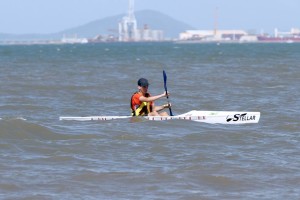 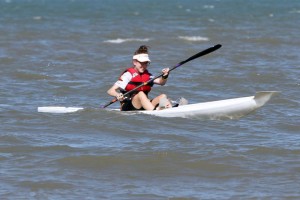 Thaddeus Punshon lead the Junior field followed by Zanelle Fourie and Ayla Savage then Charlana and Nalize Fourie. We recently found out that the Fourie kids spent the morning at Pallarenda racing mountain bikes and had a myriad of issues with flat tyres etc and spent extra time supporting each other riding extra km on the trails…well done for making it to our start line. Michael had t pull out due to doing extra km mountain biking and just being stuffed from that 😊 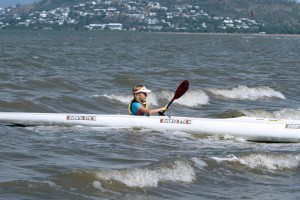 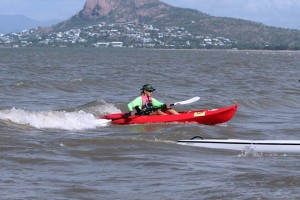 We will see you at the next race Cowley Beach to Etty Bay June 17th, you are guaranteed to see a cassowary in Etty Bay… The race is on a Saturday around 1:30pm start so you can leave in the morning from Home and race and potentially get home or better yet crash the night in the Etty Bay caravan park a few steps away from the finish line. 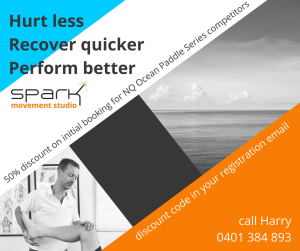 we will give you the code if you haven’t already got it. admin@nqoceanpaddleseries.com.au